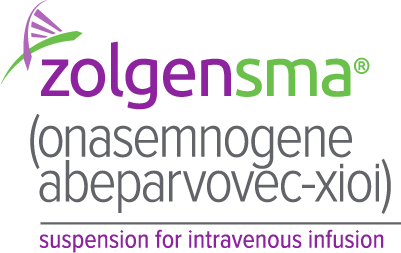 ALL TOPICS > COMMUNITY AND PROGRESS > SMA then and now

A collection of photos of Josephine and Evelyn

Milan and Elena’s journey with spinal muscular atrophy (SMA) Type 1 started back in 2010 with their first daughter, Josephine. “We had no idea what SMA was when the doctors diagnosed her,” explained Elena. “We really felt they had made a mistake. The doctors told us to take Josephine home and love her because SMA Type 1 progresses quickly,” said Milan. “And 15 months later, she passed away as we sang her favorite lullaby to her.”

“Two years later, I was pregnant again,” said Elena. After their experience with Josephine, Elena and Milan opted for an early screening and within 3 weeks of being born, their second daughter, Evelyn, was diagnosed with SMA Type 1. At the time of Evelyn’s diagnosis, there were still no approved treatments for SMA. However, 2 companies had clinical trials that were ongoing. “When we had Josephine, we had read about research being done on SMA, but it was just in the early stages,” explained Milan. “We were hoping that in the meantime there had been advancements or a possible treatment.” For all their family had been through, they would receive some hopeful news—there was a clinical study using an investigational gene therapy for the treatment of SMA Type 1. The gene therapy treatment appealed to Elena and Milan because it was a one-time-only dose.

Enrolling in the first clinical study of ZOLGENSMA 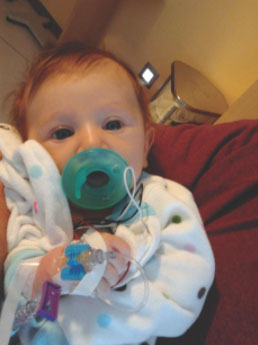 There was a clinical study for an investigational, one-time-only gene therapy, now called ZOLGENSMA® (onasemnogene abeparvovec-xioi), being conducted at Nationwide Children’s Hospital in Columbus, Ohio, in coordination with AveXis. “We immediately contacted the people in Columbus who were running the clinical study and told them our story and included pictures of Evelyn,” explained Elena. “They got back to us and Evelyn was enrolled in the study shortly after our call.” At about 2 months old, Evelyn was treated with the gene therapy. After some time, her parents began to notice improvements in her motor function. “We tried not to hope for too much, but when she started to lift her head, that was the most joyous moment of our lives,” said Elena. Milan was just as excited about the progress Evelyn was making. “When she started scooting across the floor, we were blown away! We had never heard of children with SMA Type 1 moving like this,” explained Milan.

“Ten years ago, there were no options at all. Parents would be told to cherish every moment before their child passed away. Today they have real options with endless possibilities.”

Elena, mother of Evelyn who was diagnosed with SMA Type 1 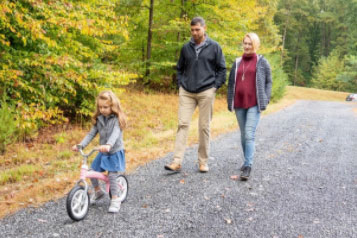 When she was 3 years old, Evelyn was helping make breakfast and having dance parties on Saturday mornings. Fast-forward to her at 4½ years old, and now she’s got even bigger plans. “When I grow up, I’m gonna ride horses and I want to wear my favorite boots and my hat,” she said. But Elena said that Evelyn isn’t waiting to grow up to start enjoying all life has to offer. “Last year, we were able to get her into a dance class. She had a recital at the end of the year, and she wore this beautiful dress that she loved so much.”

As Evelyn reaches new milestones and learns new skills, her parents are happy to encourage her. “She started swim classes this year, which is absolutely amazing,” Elena said. Her parents are excited to introduce swim lessons as a way to increase Evelyn’s activity and strengthen her muscles. “The swim lessons will be really good because they don’t put a lot of pressure on her joints and it gives her a lot of freedom to move around,” Elena explained.

While ZOLGENSMA targets the genetic root cause of SMA with a one-time dose, it is not a cure and cannot reverse damage already caused by SMA before treatment. Even with the progress Evelyn has achieved after treatment, she still has SMA. “SMA doesn’t disappear with the infusion of ZOLGENSMA,” said Elena. “Evelyn still has SMA, and that’s why she has physical therapy to continually strengthen her legs.”

Milan and Elena feel blessed about what Evelyn has accomplished so far and they are excited about what her future holds, including recently becoming a big sister. “We’re so thankful that Evelyn is doing well. And we just had another little girl,” Elena shared. This time, Elena took a test during her pregnancy to determine if the baby was at risk for SMA so that she and Milan could act quickly if needed. They are thankful to reveal that Evelyn’s baby sister is healthy and does not have SMA. “We were relieved to know that even if she did have SMA, that there are treatments available.” 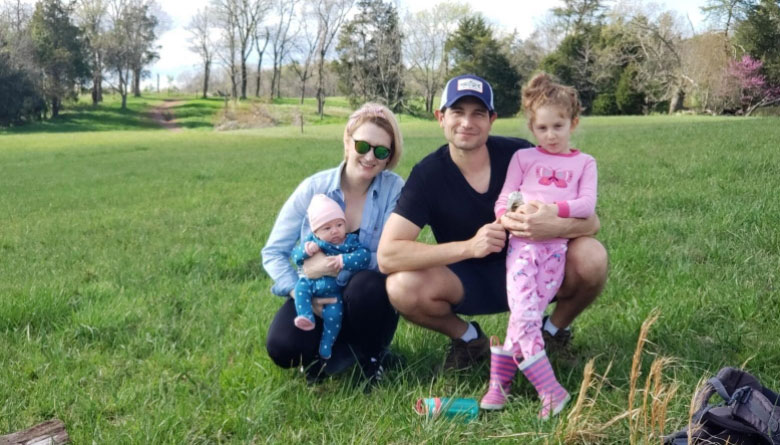 Watch Evelyn’s video and hear more about how she’s doing after treatment.

Ciji’s world lit up the day her daughter Maisie said, “Momma.” Hear what that moment means to Ciji and how Maisie is doing after treatment.

Fun for the whole family

Read what caregivers have to say about their favorite family-friendly activities for children with SMA.