Why I fought to add SMA to the newborn screening panel 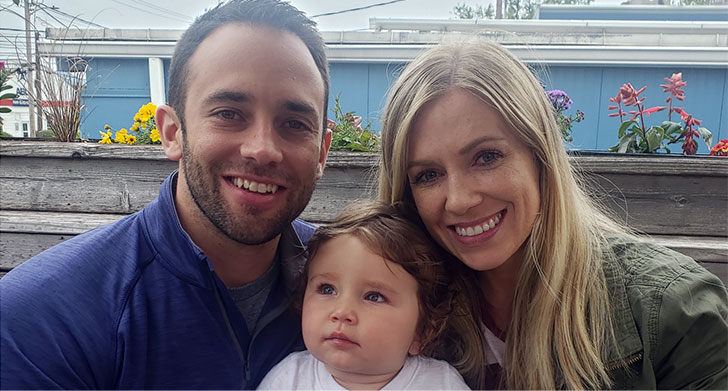 Shane, diagnosed with SMA Type 2, with his parents Chris and Regina.

Every year, millions of newborns in the United States are screened for certain severe medical conditions before leaving the hospital. Through a few drops of blood, the tests look for disorders that can cause lifelong health problems and potentially early death if not treated. Spinal muscular atrophy (SMA) is a rare genetic disease and, if diagnosed early, can be treated to stop its progression. Newborn screening can play a critical role in an early diagnosis and early treatment. Unfortunately, not every state has SMA on their newborn screening panel, and that is what drove one mother to champion for newborns with SMA.

Regina’s son Shane was diagnosed with SMA Type 2 in 2018 when he was 10 months old. They live in New Jersey and, at the time that Shane was born, their state did not screen for SMA.

“I couldn’t remedy or change what had happened to Shane. I couldn’t go back in time and have him tested or screened for SMA. That was really hard for me to deal with. I felt like I needed to fix it for others because I didn’t want anyone else to ever feel the way I felt.”

Regina, mother of Shane who was diagnosed with SMA Type 2 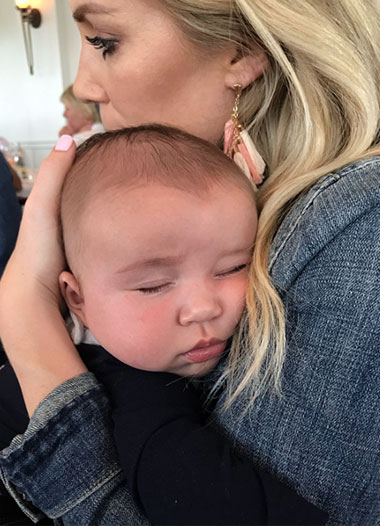 Digging deeper, Regina discovered an article stating that newborn screening for SMA was already moving forward in New Jersey. “What I learned is that there had already been a bill introduced in New Jersey by a group of SMA advocates. And it occurred just 10 days before my son was born,” shared Regina. “I couldn’t help but think of how transformed Shane’s life would be if it had actually been implemented 10 days before he was born.” Wondering why the bill wasn’t a law yet, Regina made it her mission to make a difference.

Getting legislators to take notice

After the initial discovery on Cure SMA about states without SMA on the newborn screening panel, Regina directly reached out to a Cure SMA representative. “I am an attorney and know the legal process, so I know how to research, but I don’t know the government process,” said Regina. The Cure SMA representative who Regina knew connected her with the Vice President for Policy and Advocacy at Cure SMA.

The Cure SMA representative then shared numerous resources for individuals who wanted to contact their relevant legislators, including prewritten emails and letters with customizable fields and addresses. “Much of the legwork was already done because they had created these communications that could be populated depending on where you live, why the lawmaker needs to support this bill, the bill number pending before the legislation, and so much more,” explained Regina.

With Cure SMA’s help, they sent an email blast asking people to sign the letter to support newborn screening for SMA. It was sent out to the entire Cure SMA community list and shared on social media, and the letter was signed by more than 1,100 Cure SMA New Jersey families and supporters. The signed letter was then sent to the committee chair and copied to the Senate President and to the Assembly Speaker. It was now up to the state budget committee. 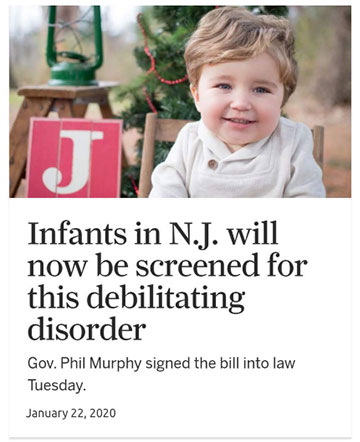 To continue getting the word out about SMA and newborn screening, Regina raised awareness through her personal social media and interviews with newspapers and television programs. Eventually, her hard work paid off. On January 22, 2020, the bill to add SMA to the newborn screening panel received legislative approval and passed into law. “It was so awesome to hear that the New Jersey Governor signed it into law,” exclaimed Regina. “One of my favorite things after it was signed into law was the headline on the front page of NJ.com that read, ‘Infants in NJ will now be screened for this debilitating disorder,’ and included a picture of Shane!”

Beyond legislation, many steps must be completed for a state to begin screening, such as acquiring equipment and training staff. And because of the pandemic, additional delays occurred as Departments of Health were overburdened. Aside from these setbacks, Regina remains committed to staying active in her advocacy until NJ begins newborn screening for SMA.

My advice to others

Regina admits there were times when she thought about stopping because she felt nothing was happening or nobody was listening.

“My best advice is don’t be afraid to ask people for help because you never know who is going to help you. You have to push fears like that aside and know that you’re doing this for the greater good.”

Through personal perseverance, help from Cure SMA, and the support of family and friends, Regina can joyfully say it’s the law for children to be screened for SMA in New Jersey. “I'm so proud of everyone coming together to help future generations of children—it doesn't get any better than that,” said Regina beaming with pride. 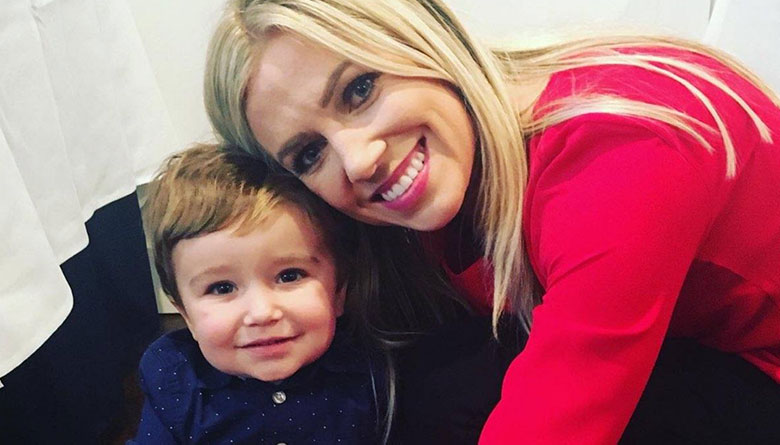 Are you interested in advocating for adding SMA to the newborn screening panel in your state?

Step 1: Review these helpful resources and connect with Cure SMA

Step 2: Reach out to local legislators

Step 3: Network and gain support through social media and family and friend connections

Step 4: Keep going even if it feels like no one is listening