Learn about the importance of early treatment for SMA

In spinal muscular atrophy (SMA), time is neurons. As time passes without treatment, a child with SMA becomes weaker and weaker. Two parents, Rory and Regina, understand quite intimately the urgency to treat immediately because both of their families have a child who was born with SMA. They know the importance of newborn screening and how it can make a huge impact on the course of the disease in children with SMA now that FDA-approved treatments are available.

Catching SMA quickly with a test

“Our only child, Edan, was born in Minnesota in 2018. We had decided to wait to have children until we moved away from North Dakota,” shares Rory. “Little did we know how important that decision would become for our future family.” At the time of Edan’s birth, everything went smoothly. But 5 days later, they received a surprising and devastating phone call––Edan’s newborn screening revealed he may have SMA and needed additional testing.

“Thanks to our move from North Dakota to Minnesota, Edan’s SMA was caught quickly and led to his early treatment,” says Rory. Unlike North Dakota, Minnesota screens for SMA as part of its newborn screening panel and that’s why Edan’s SMA was detected. Shortly after receiving the diagnosis, when he was only 2 weeks old, Edan was started on an FDA-approved SMA treatment. Edan continued on that treatment until he was about 3 months old, which is when he qualified to receive ZOLGENSMA® (onasemnogene abeparvovec-xioi) prior to its FDA-approval in 2019 through the Novartis Gene Therapies US Managed Access Program.* Since receiving ZOLGENSMA, Edan has not continued with any other SMA treatment.

“Our number one motivation is to see newborn screening for SMA in all 50 states.”

Rory, father of Edan who was diagnosed with SMA

Advocating to help save lives

Regina’s experience with newborn screening took a different path. Her son, Shane, was diagnosed with SMA Type 2 in 2018 when he was 10 months old. Her family lives in New Jersey, where SMA was not part of newborn screening at the time of Shane’s birth. “Shane was around 6 months old when we noticed him moving less and his strength slowly disappearing,” recalls Regina. “We were told that every baby is different and some just progress slower. At about 10 months old, Shane rapidly declined and couldn’t even move his legs.” Through a recommendation from their neurologist, they went to see a neuromuscular specialist. This specialist recognized signs of SMA and, shortly after, diagnosed Shane with SMA Type 2. At the time of diagnosis, there was only one FDA-approved treatment. Shane was given that treatment less than 2 weeks after diagnosis at about 10 months old. When ZOLGENSMA was approved by the FDA about 5 months later, Regina and her husband, with the help from their doctor, decided that ZOLGENSMA was the right treatment for Shane, and he was dosed with it in 2019 when he was about 1½ years old. Since receiving ZOLGENSMA, Shane has not continued with any other SMA treatment.

“I feel like we wouldn’t have these treatments now if we didn’t have other mothers, fathers, and families fighting––even if it was too late for their own kids.”

Regina, mother of Shane who was diagnosed with SMA Type 2 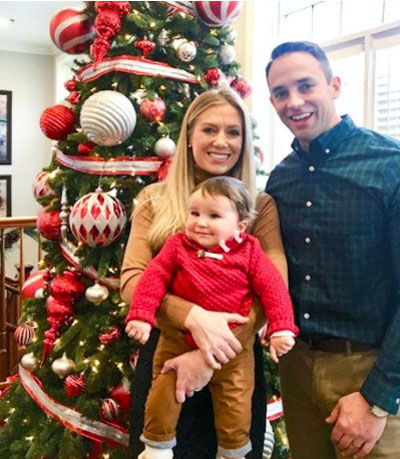 “I remember walking around crying after the diagnosis,” says Regina. “But I figured that wasn’t helping anyone, so I’d better do something.” With a newfound sense of determination, Regina jumped into action. As an attorney by trade, Regina knew how to read the newborn screening statutes in New Jersey. “I can lobby people, argue effectively, and try to convince government officials to do the right thing about adding SMA to the newborn screening panel. I have connections, thankfully,” laughs Regina. “I wasn’t able to control what happened to Shane, but I was able to control what would happen to babies born with SMA going forward in New Jersey.” Through Regina’s hard work and dedication, SMA was added to the New Jersey newborn screening panel, and the bill was passed in January 2020. “I never want another family to go through what we did. This bill will help change lives so children can get treatments early.”

It’s through the efforts of families like Rory’s and Regina’s that awareness and action can help children get diagnosed early and give them the chance to receive treatments early. If you would like to know if SMA is part of your state's newborn screening panel or how to become an advocate for adding it, please visit CureSMA.org to learn more.

Hear from a family about losing their first child because there was no SMA treatment at the time and what having treatments now means to them for their second child.

Even though a child receives treatment for his or her SMA, it doesn’t mean their care stops. Hear from SMA caregivers about how they learned to be strong advocates for their children in the years following treatment.